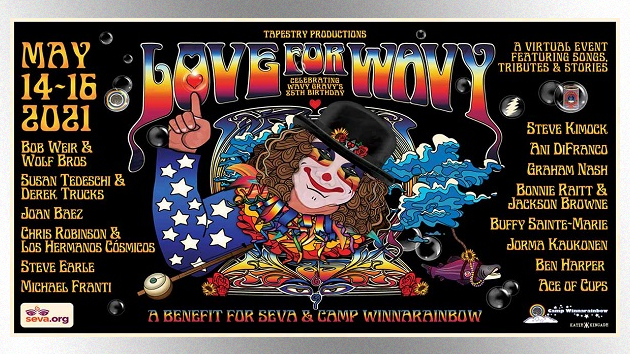 Graham Nash, Jackson Browne and The Grateful Dead‘s Bob Weir are among the many stars who will take part in a three-day virtual charity event next week celebrating the 85th birthday of peace activist Hugh Romney, better known as Wavy Gravy.

“Love for Wavy” will take place on May 14, 15 and 16, and will feature various artists playing newly recorded songs, delivering tributes and telling stories to honor their “favorite clown.”

You sign up to attend the online bash at Seva.org, and you also can make a donation to both charities at the website.

Wavy Gravy, whose actual 85th birthday is May 15, came to fame as one of the emcees of the 1969 Woodstock festival.