Mick Fleetwood reflects on Fleetwood Mac drama during making of ‘Rumours,’ released 45 years ago this month 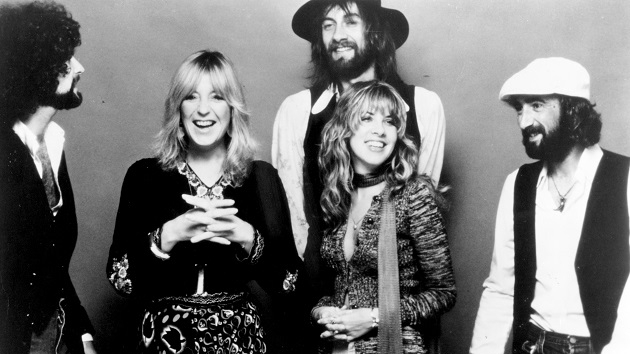 Fleetwood Mac‘s Rumours was released 45 years ago this past week, and in conjunction with the anniversary, drummer Mick Fleetwood reflected on landmark 1977 album with Apple Music 1’s Zane Lowe.

Part of the interview focused on the volatile dynamic between the band mates during the making of Rumours.

While working on the album, all five members were dealing with romantic conflicts, as Stevie Nicks and Lindsey Buckingham were breaking up, Christine McVie and John McVie had just divorced, and Mick had broken up with his wife.

“[The] five of us were in a state of flux…a lot of pain. And this creature known as Fleetwood Mac and what we were doing became the safe harbor in a way, I believe,” Mick noted. “Was it a complete healing? No, but it has those elements to it, certainly in the complete chaos.”

Having said that, Fleetwood suggested that before the band members had the opportunity to work out their conflicts, the success of Rumours — described by Mick as “the wave of what this body of work created” — drew away their attention.

Fleetwood maintained that the fallout of those conflicts, particularly between Nicks and Buckingham, continues to the present day. Of course, tensions between the two led to Lindsey being fired in 2018.

“[E]specially for Stevie and Lindsey, I don’t think [things] certainly are…resolved fully,” Mick said, “and I wish they were and I visualize those moments as the years trickle by somehow, but I truly, somewhat sadly think…that will go into the rainbow somewhere and never really change.”