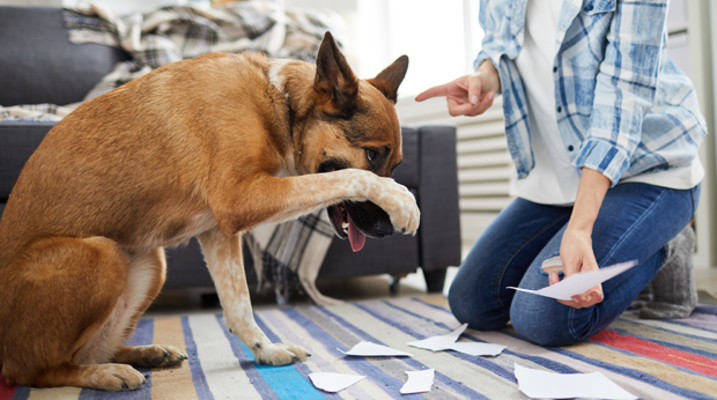 A person who yells at their dog is ruining their dog’s life!

That’s the headline of a new report in Science Alert. The study found that screaming at dogs scares them for the long term – and using patience and positivity is a much, much better training method. For the research, hundreds of dogs were studied. Half came from reward-based training programs, and the other half came from aversion training schools, which use fear to make dogs behave.

And the study found that dogs taught with yelling and leash-jerking were more stressed, with higher levels of the hormone cortisol.

They also exhibited more stress-related behaviors and body language, like lip-licking, paw-raising, yawning and yelping. Dogs trained with negative methods were also evaluated to be depressed! And they developed long-term fear after being yelled at. So never let anyone train your dog with fear-based tactics. Only use positive reinforcement for a happier, better behaved and less stressed dog!

The Benefits Of Shaking Up Your Schedule

Want to be happier, healthier and more productive? Shake up your schedule! Because our body …

The Turn of The Screw
February 15
More »

Copyright © 2020 Hubbard Radio Seattle, LLC | 2060 Digital Pay | EEO | Careers | General Contest Rules | Terms of Use | Privacy Policy | Simple Pay | Public File | DMCA Notice
Any person with disabilities who needs help accessing the content of the FCC Public file should contact Lisa Closterman at lclosterman@hbi.com or (425) 653-9462
This web site is not intended for users located within the European Economic Area | Do Not Sell My Info - CA Resident Only